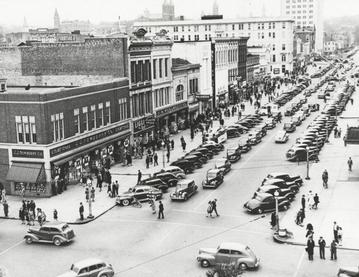 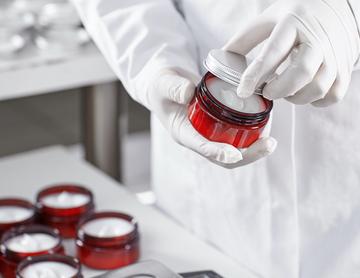 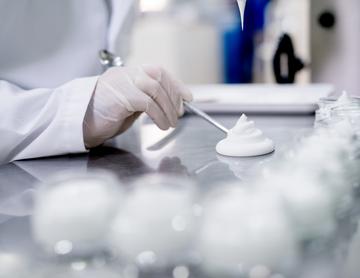 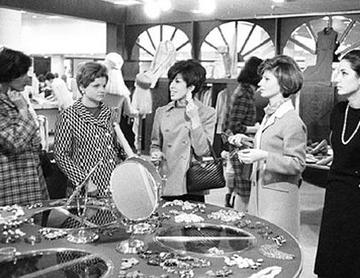 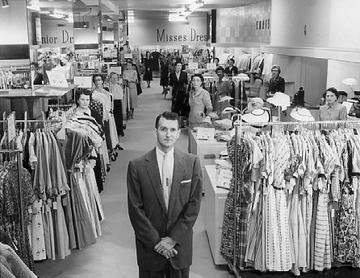 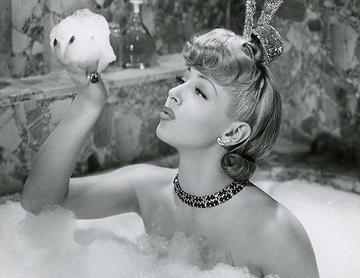 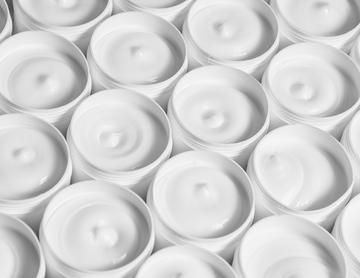 We’re thrilled that you’re here. Before you browse through the most amazing collection of handmade products on the planet, we’d like for you to know a little of our history. I mean, as far as humble beginnings go, we've had 4.

Story #1 opens in 1886, in Middle Georgia, on the corner of a dirt road that would later be christened Cherry Street. Downtown Macon was a bustling metropolis filled with day laborers and quarter horses; and, in the middle of it all loomed a large, two-story, panel-windowed store with large block lettering. The sign read, "Joseph N. Neel", so named for its well-dressed curator and CEO.

In time, Joseph N Neel’s grew to be the oldest Men’s Clothing store East of the Mississippi; and, with each generational passing, from father-to-son, new niches sprang up to tempt even the most discerning buyer. One generation added Women’s Clothing. Another added an elevator complete with attendant and “elevator” music.
By the time Generation #3 refreshed, with Joseph N. Neel III, there were definite hints of a new vision. This Joseph N. Neel was home, fresh from the Korean War, a decorated Air Force pilot. He added a gift and beauty department. This began story #2.

Famous Macon aristocrats (Ted Turner) and soon-to-be-famous Southern Rock Superstars (The Allman Brothers) were seen shopping the same clothes’ racks as everyone else. Fresh lighting was added. Mannequins, all in the same pose, adorned the aisles. Women’s clothing took up almost as much floor space as men's; and in a back corner, on the second floor, there was fresh paint and a dozen, fluffy, pink boas... along with a new sign that read "Ladies’ Toiletries.” (Even then, there was a boldness in the sign... so ahead of its time.)

Business was brisk as women in taupe hose, identical handbags, and uncomfortable shoes toddled through aisles to pick out powders and puffs and perfumes. Until, in the middle of the new, feminine display, they saw something shiny, scented, and completely "skinful".
Beside a working washroom sink there was a store clerk showing off the new “must have,” pre-boudoir thing; and, within minutes there was a Q-line, as throngs of excited, chatty housewives purchased not one, but two bottles of French-like Bubble Bath… because after the second bottle, the third one was free…

Story #3 began with a foray into Casual Fridays as relaxed shoppers hung up their lemon and lime leisure suits and ventured to the city's outskirts and the new Macon Mall for pullovers, corduroys, and jeans. Penny loafers were out. Work boots and Wranglers were in.
In an attempt to stay relevant, the resident Neel (of Neel’s), contacted the Guiness Book of World Records, where the store proudly took the coveted spot of longest, continual advertising campaign (97 straight years with the local Macon Telegraph).

As mega-malls continued to emerge, downtowns throughout America began shuttering their doors. Roland Neel, the fifth generation Joseph N Neel Manager - in - Training and heir apparent, watched his family’s historic dynasty come to a quiet and unheralded close. A young newlywed with two small children, Roland wondered what he’d do, in unfamiliar territory, to feed his growing family.

While boxing up personal things from his Great-Great-Grandfather’s office, Roland ran across a box of receipts… from the "Beauty Corner" of the store. The box held bold secrets - stories of how Macon women had come into their own - in front of two floors of floor-length mirrors, in his family's store, over the course of a century.

Roland knew what he had to do. He called his wife and business partner, Kay, and, he "thinks", a chemist or two. He can’t remember, for sure; but, the first thing he did was reverse engineer the miracle bubble bath that had taken the store (from secretaries to socialites) by storm.

For more than two decades Roland and Kay continued manufacturing many of the prized potions that had kept Middle Georgia women, well, beautiful. News soon spread, as news often does, and other stores began requesting products for their stores. Other states called. Then, other countries…

2015 marked the beginning of story #4. In June of that very hot summer, Roland Neel had lunch with a childhood friend, me, and my husband, John. That day, Roland told us that he felt he had exhausted his knowledge of making “girl” things and wanted to move on to more virile ventures (acquiring Mrs. Griffin’s Barbecue and hanging out at tailgate parties - Go Dawgs!).

Little did Roland know that John and I had been praying for an opportunity to move back home, to Middle Georgia, to help care for our aging parents. We were already formulators of a successful Superfood brand of bath and body products in Atlanta, and we saw Private Label as the next step to share, with the world, our "whole foods approach" to skincare.

At 1:35pm on a Tuesday, over a greasy pizza at a Mercer University eatery, the deal was done; and now, five years later, what began as a bubble bath "knock-off" has grown into 600+, premium, All Natural Products (in over 200 mesmerizing Essential Oil Blends).

All of our ingredients are Fair-Trade Sourced, non-GMO, cruelty-, phthalate-, paraffin-, mineral oil-, petroleum-free. We source our products from every continent (except Antarctica) and, gratefully, ship worldwide.

We are a Faith-, Family-, and Patriotic-Owned business who are “in it” as much for a heavenly outcome as we are for an earthly income.

If this feels like home to you, please visit every page of our growing site. After all, we built it for you.

Whether you're a firmly established company or you just have a concept on your "drawing board," consider us the one-stop-shopping-and-training destination of you becoming your own brand. From company/brand/product/fragrance design/naming to contract fulfillment - from contemporary to classic containers and logo design/labeling options - from social media specialization to store setup (including Facebook Live/Comment Sold/Sezzle), we have in-house teams to walk you through every phase of global domination of your own.

Your business could go in a million directions. This is the right one.​

Yes, we fill containers other than our own. Call for details.

Let us help you design product packages that are 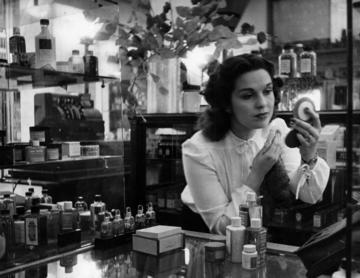 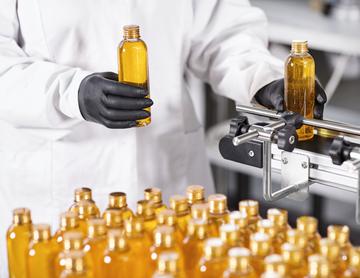 Private Label Products is a faith-based company. How faith-based? It is the heart of who we are and the foundation for all we do. We don't brandish the Agape Fish symbol and leave it at that. Get to know us. If you know what drives us, you'll be able to make a better, informed decision about being in business with us.

We serve Jesus Christ (Yeshua). We love our heavenly Father, God (Yahweh), with all of our hearts. Although we have to make an early income, we are most interested in our heavenly outcome. When you become a customer, you become a vested member in our family. You should know, we pray every morning for our friends, families, coworkers, clients and vendors. If you have a need that has nothing to do with bath and body products, pick up the phone anyway. We have prayer warriors in this building. We will drop everything and pray with you.

We are family owned. Our mothers, father, niece, children and grandchildren work in this factory. Speaking of mothers, mine is a pastor. She loves to wrap our bath bombs and prays over them as she does. So, that's our story. If that feels like home, we're waiting for you.

If you do not know our Savior as Lord of your life, please keep reading:

Jesus Christ, the only Son of God, gave his life for you. The Bible says, "We have all sinned and fallen short of the glory of God." We live in difficult times. The Bible also says, "It's appointed unto man once to day; and, after that, the judgment."

God doesn't wish anyone to be lost. That includes you, your spouse, your children, your parents...your friends, your coworkers, your clients and your vendors!

Please search your heart and ask yourself where you want to spend eternity. I assure you, there's a loving Father waiting for you to call on him. Just say this prayer:

Please forgive me for all my sins and wrongs. I believe that your son, Jesus, died for me and rose again. I ask for you to come into my heart and life and save me. Teach me your ways, God. Let me fall in love with you and become hungry for your Word and the life you would have me live. As you do this for me, please help me to lead others to come to the full knowledge of you.

I ask this in the name of Jesus. Amen.

​Now, tell someone about your decision. We would love to hear from you. Then, find a Bible preaching church and get involved. It's a promising future. Welcome to it!

"For God so loved the world that he gave his only begotten son, that whosoever believeth in him should not perish, but have everlasting life." John 3:16

Tithes & Offerings: At least 10% of every penny you spend with us goes for tithes and offerings to a local church Passion Play, an addiction program called Celebrate Recovery, the Billy Graham Evangelistic Association and the International Fellowship for Christians and Jews. Thank you for helping us make the world a better place. 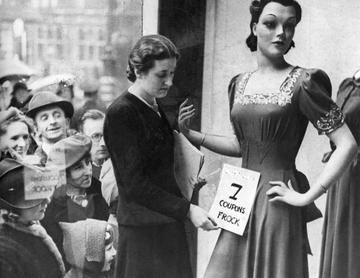 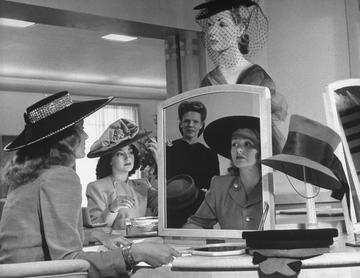